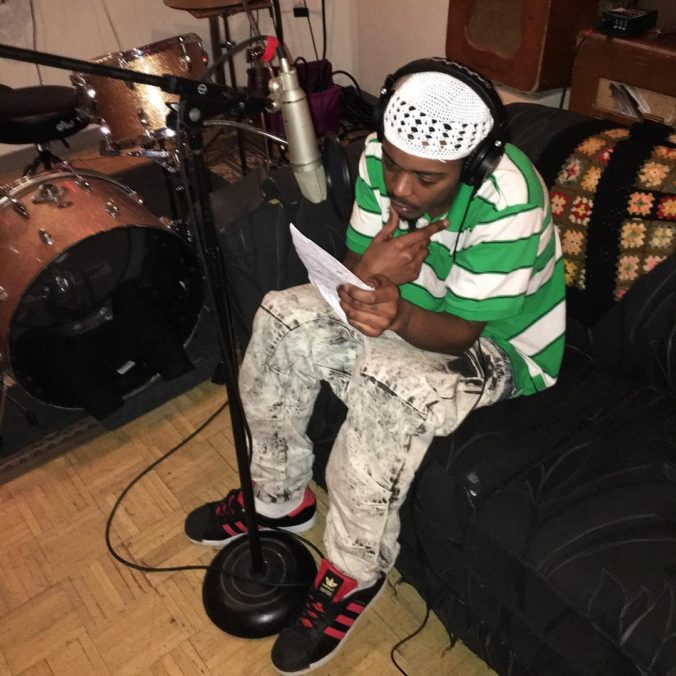 Piloting a Cloudd Body Spaceship: An Interview with MondreM.A.N

Cloud Rap is still alive in the eyes of Bay Area legend MondreM.A.N. The influential visionary has been active for over half a decade (with solo work and projects as part of Main Attrakionz) and recently gave us a batch of new material to bump. Not only did he announce a partnership with Jungle Strut music, but he also released a music video and single for the track “Helen Keller” (included above). Produced by Rav Mojo, the bass-heavy track showcases Mondre in his element. I spoke with 1/2 of the Best Duo Over over email and chatted about his future plans, the tragic loss of Friendzone member James Laurence, and the impact Monre has already made on the rap game.

Candy Drips: You just announced a deal along with releasing a single and a video. Was it a loose track or part of a bigger project?

MondreMAN: i recorded dat project in LA lyk a year or 2 bak. shout out jungle strut music, “i want tha world” will be comin out soon be onda lookout for alot comin frum dat project. bt it was kinda like a few otha projects in the past. i pretty much had da music done and then a support system came and wanted to help/be apart of this so we made it happen. shout out Greg & Rav Mojo for eythang.

Candy Drips: MAz is such a dynasty and an influential powerhouse. Has it been difficult promoting yourself as a solo artist?

MondreMAN: umm not really cause i ain really git ta pushin how it shud be done yet. i js ben gettin to da Big Bag of Chips ya feel me.

Candy Drips: When y’all started releasing music like crazy back in 2011/2012, did you think it would be as historic and groundbreaking five years later? How do you look back on those times?

MondreMAN: we came in dis game doin wat we loved & wanted ta do & we are actually Dope & ill at dis so it did wat it did as yall can see. i love watchin all da old videos an pics ect smh lol

Candy Drips: Do you think cloud rap is still alive?

Candy Drips: It’s tragic that James Laurence passed earlier this year, and I’ve found myself revisiting the Friendzone songs over the last few months. Care you to speak on Friendzone and the legacy they left behind?

MondreMAN: i got love fo dem an dey shud kno that. i miss yu jigga james an yu too dylan, holla at me yerrrrp. i find that subject hard to talk about publicly. FriendZone 4eva tho beleeve dat.

Candy Drips: What bottle of liquor are you grabbing from the corner store? Joints, blunts, spliffs, bongs, or bowls?

MondreMAN: lol Henny raws an dutches an wateva else i wana put in my tank haha Cloudd Body! yerrrp

Candy Drips: Outside of your own music, what have you been listening to recently?

MondreMAN: Boss ya Life UP! rip doughboy roc. yall be smooth out dere yo, 1love yerrrrp