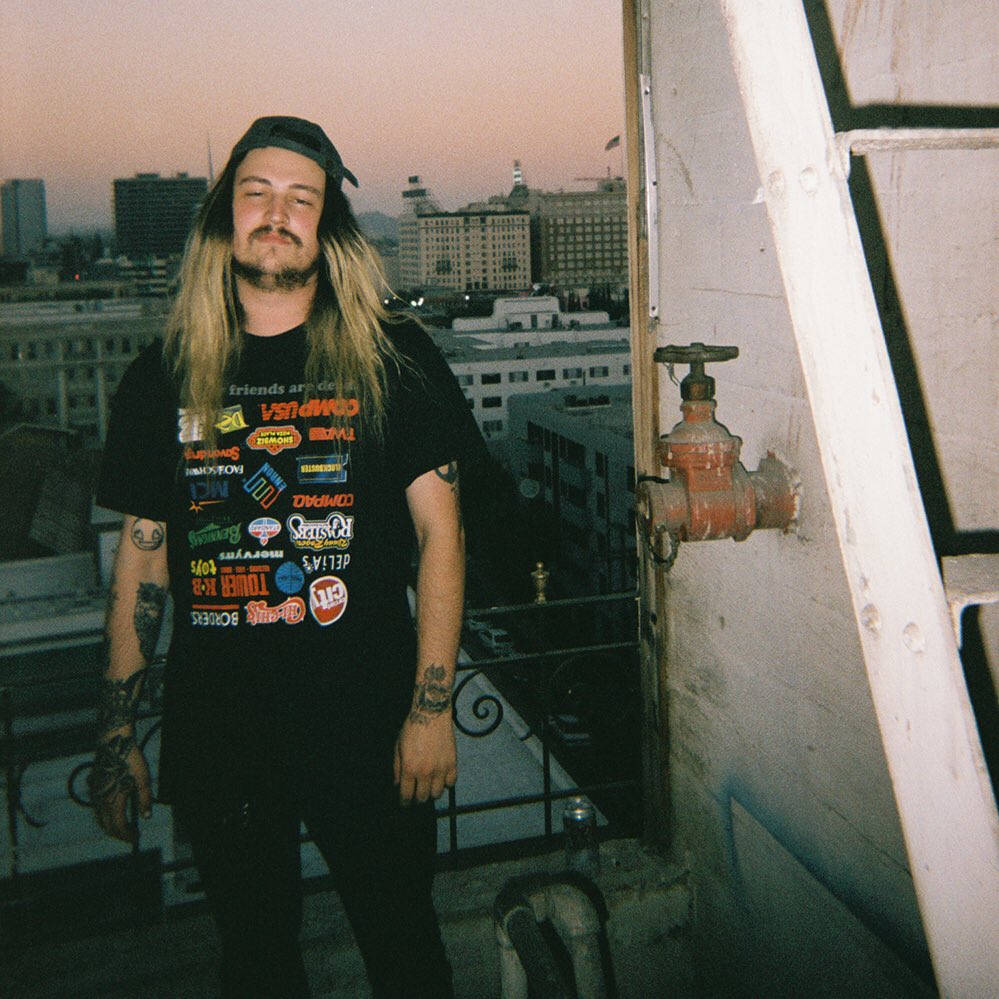 L.A.-based producer and musician Nedarb has one hell of a discography. Not including production features, Ned has released over 100 songs on his own SoundCloud, including tracks with artists like Slug Christ, Yung Bruh, Eric Dingus, Cat Soup, Little Pain, Lil Peep, Wifigawd, and countless others. Now, as he prepares to tour through November with Ghostemane, Wavy Jone$, and Chxpo, as well as planning a few more releases before 2018, we decided to reach out to Nedarb and talk about his process, his drink of choice, and the influence of cloud rap.

Nedarb: Yerrr. I’m Nedarb or Ned or just plain old Braden. I’m 24, live in Los Angeles and am primarily a producer among other things.

Candy Drips: You’re closing out the year with a month long tour. Are you all ready to go?

Nedarb: Yes I’m going on tour with Ghostemane, Wavy Jone$ and Chxpo! I’m as ready as I can be. We’re buying some props and shit so it’ll be fun.

Candy Drips: What can audiences expect from your sets?

Nedarb: Honestly every act including myself on this lineup has crazy lit sets. Tons of mosh pits, crowd interaction, intimacy but mainly blood, sweat and tears.

Candy Drips: The tour goes from Minneapolis to Chicago and passes right through your home state. Are you salty you don’t get to play back home? When’s the last time you were in Wisconsin?

Nedarb: Wisconsin actually isn’t my home state. I grew up in Alberta, Canada throughout my elementary years then mainly grew up in New Hampshire. I’d say NH is my home state. I moved to WI in 2010 cuz of my dad’s job/me going to college there. But nah, I’m not too salty tbh. I have a handful of people I’d like to see but I get to see them enough in other cities so it’s not too bad. I haven’t been to Wisconsin since maybe winter of 2015. 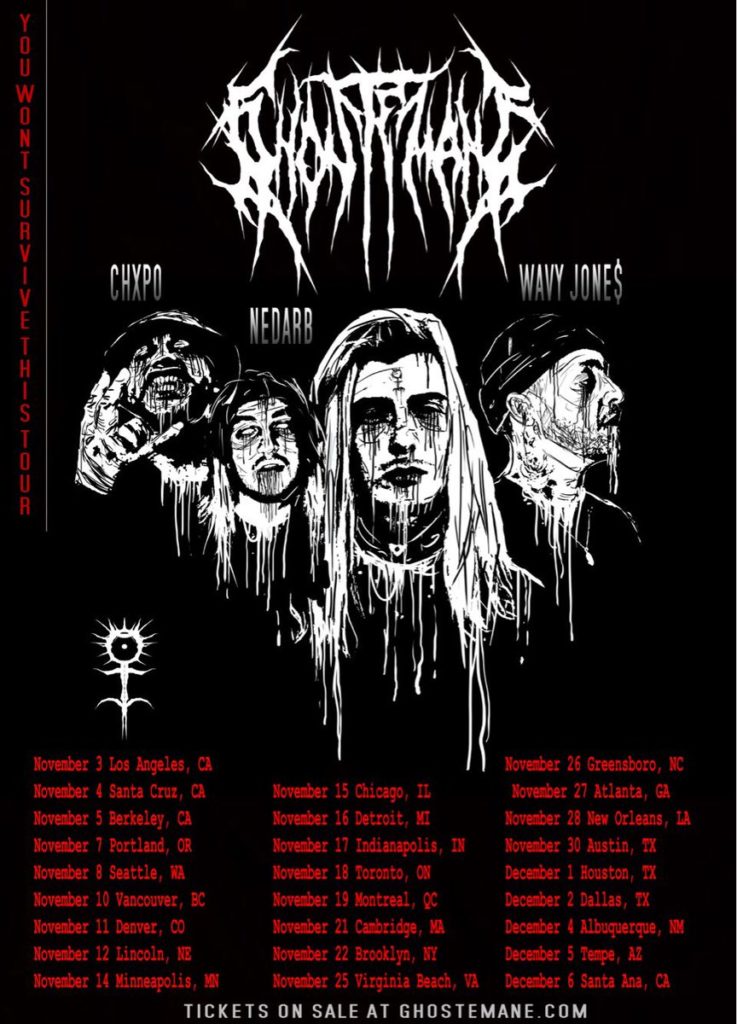 Candy Drips: You’re one of the more eclectic producers in the game, with ties to names like Ghostemane but also Milo and even with a side project known as The Cigs. Are you open to all kinds of music? Does it just depend on the day?

Nedarb: Yes, I listen to all sorts of music which is why I make all sorts of music. I don’t like to stick to one genre. I think more artists should be braver and try out different shit. But at the same time sometimes that ends up being corny. I just make what I wanna hear. Obviously I’m mainly involved in rap music right now but I grew up playing in emo bands and even making techno music on Garageband in high school. But yeah, shout out Ghoste that’s my bro and Milo is a day one homie I’ve known since 2010 where we met in college. More The Cigs stuff in the works too, shout out Cortex.

Candy Drips: Can we expect to see a Nedarb blues album down the road?

Nedarb: Yes, I highly believe in and support cassettes and any physical copies of music because someday the internet could get wiped like who knows, and all of the digital music would be lost. Physicals are like fossils that people will find hundreds of years from now.

Candy Drips: We chatted for a while after James Laurence from Friendzone passed earlier this year. Can you speak a bit on the duo’s influence on your music, and the cloud rap movement in general?

Nedarb: Cloud rap was definitely the coolest shit to me in terms of rap music in the past 10 years. I love ambient music, emotional stuff, trap, melodic shit, etc. etc. and it was just a perfect mix of all of that.

I’d say Clams Casino and Friendzone are my top 2 production influences for sure. They just made beats that could make me cry. I’d never felt that way about other production before.

Candy Drips: Do you make music every day or does it come in waves?

Nedarb: It comes in waves. I’ll go weeks without making music but everyday I try to do something productive in terms of my career. Life gets hella busy tho, I really have to make time to make shit, but at the same time I never like to force anything. when I was visiting home in NH last week I made the most shit I made in the past few months, mainly because I felt refreshed and peaceful at home. Also whenever anyways says, “Come to the studio” or “Let’s work right now” I never want to [laughs] I just do shit on my own time and send it out.

Nedarb: I’m TRYING to wrap up an album featuring production from myself with all my homies on the vocals. That’s gonna take a while though. The only shit I have planned aside from random singles produced by me here and there is a collab tape w/ TRiPPJONES dropping around Halloween and a collab EP w/ lil zubin sometime this winter. Oh, and also I’m pretty sure i’m gonna be doing some shit with Chynna, which I’m most excited about. Also just more GBC shit of course.

Candy Drips: What bottle of liquor are you grabbing from the corner store?

Nedarb: Lately I’ve been drinking tequila. I forget what the one I get is called but it’s like hella tall and the bottle is dark blue [laughs].

Candy Drips: What’s your favorite album of the year?